Immigration detention centers are jails for immigrants – a lot of them are actually prisons – where immigrants, legal or illegal, are held. Research by ACLU and other organizations has shown that almost all detention centers are overcrowded and have really poor conditions. As a law firm that advocates for the rights of immigrants, we have a lot of clients who have been detained in various centers scattered throughout the country.

Detainees are deemed to not have rights, and in these prison-like conditions they are dehumanized. Our detained clients and other detainees have restricted and sporadic communications with their loved ones. One of our clients was transferred to an Immigration Detention Center in Arizona where he continues to live in inhumane and harsh conditions. These harsh conditions include; small children fainting from dehydration and lack of food, rampant sexual abuse, lack of air circulation, people crammed in windowless rooms. Detainees commonly refer to these centers as “la perrera” (kennel) and “la hielera” (icebox).

Detained immigrants get extremely limited medical assistance where they are not taken to the hospital when they are unwell because officers who are unqualified to make a determination of their health, “assume” that they must be pretending to be sick and keep them detained. Another commonly noted recurring problem is that once the detainees are transferred, they cannot bring their medication. The detainees live in freezing room temperatures that increase their existing medical ailments. All detainees are quarantined together when one of them is sick, and there are no precautions taken. Like our clients, a lot of people suffer from depression and other psychological damage as a result of being isolated. For example, the lights are left on and light metallic sheets are given for cover. Moreover, the officers are not cooperative with either the detainees’ loved ones or lawyers as they continue to avoid accountability. 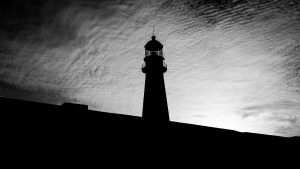 This is the kind of detention Center that most or all immigrants are sent to. The words “Detention Center” send shivers down the spine of any immigrant and their families. There was such a surge of detainees over the last couple of months to the extent that the administration had to open up make-shift centers that have been outsourced to third parties. More had to be opened after the President’s “zero tolerance” policy.

What is the “zero tolerance” policy? It is a policy introduced by the current administration that called for the prosecution of all individuals who entered the United States illegally. Many centers mushroomed after this policy was introduced in April 2018. Some legal immigrants have also been detained in some cases and it takes a significant amount of time for them to get any kind of respite.

United States is signatory to a significant number of protocols that protect the rights of refugees such as Protocol Relating to the Status of Refugees, through which the United States undertakes obligations found in the Convention Relating to the Status of Refugees, the International Covenant on Civil and Political Rights, the Convention against Torture and Other Cruel, Inhuman or Degrading Treatment or Punishment, among others. But where the signature is subject to ratification, acceptance or approval, the signature does not establish the consent to be bound.

There has been little response from the administration and the government in improving these harsh conditions in detention centers. Immigrants are humans just like everyone else. Subjecting them to these dehumanizing conditions makes our country look like it no longer stands for the qualities of freedom, equality, and liberty as enshrined in the United States Constitution.